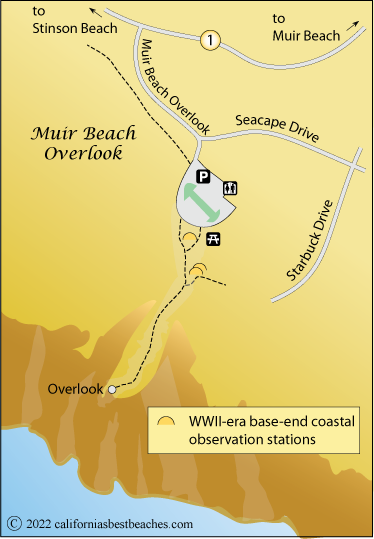 Site Description: The class began at a trail adjacent to Mount Tamalpais State Park in Mill Valley, CA. Mount Tam is the highest peak in the Marin Hills.¹ The trail was off of Franklin Road and was dry and surrounded by lots of shrubbery and low grasses, but not highly wooded like the State Park itself. Near the beginning of the trail we were able to see large conifer trees to our right, which contained many American Robins. These robins flew over the trail from tree to shrubbery throughout our time there. A common sighting on many of the medium sized bushes and shorter trees were hummingbirds. In the dry bushes, we could hear and identify bushtits though they were difficult to see. Next, we drove west to a lower elevation where we found a highly wooded trail along a small river. This environment was much more green and the trail was very shaded, a stark contrast to the arid and open trail near Mount Tamalpais. On this trail, we were surrounded by tall trees, though some of them lacked leaves and the trail wasn’t entirely shaded. Here, we were able to find more American Robins and see several Turkey vultures and Red-tailed Hawks fly above us. We even saw a Hairy Woodpecker in one of the fallen trees! From there, we drove further toward the water and ended at Muir Beach Lookout. As we started down the path to the left of the lookout, we walked into a highly wooded area where we saw some California Scrub-Jays, Common Ravens, and more Turkey Vultures. When we reached one of the main lookouts, we saw a whale along the coast. After walking to the right of the parking lot, we saw many more hummingbirds, some Ruby-crowned Kinglets, and some Pygmy Nuthatches. Overall, Some common bird species in Marin that we did identify include: Song Sparrow, White-crowned Sparrow, Spotted Towhee, California Scrub-Jay, Turkey Vulture, and the Red-Tailed Hawk. Some bird species we have not yet seen, but I hope we are able to find in the future include: American Goldfinch, Black Phoebe, California Quail, and Northern Flicker.² Species Account: California Scrub-Jay – Aphelocoma californica (Species name), Passeriformes (Order) > Corvidae (Family). The California Scrub-Jay is found mainly in woodlands and scrublands and is easily identified by its royal blue back and head, some grey-brown on the back, and grey underbelly. The bill has a slight hook at the tip, though it is subtle and sometimes difficult to see. It is a medium sized-bird, between the size of a robin and a crow. Its flight style is characterized by a few quick wingbeats and a stiff glide while their call is known to be scratchy and nasal. 3 The range of the California Scrub-Jay is comprised of the West Coast, with most of the sightings in California but many in coastal regions of Oregon, Washington, and Baja California (see image below)4.  We spotted one at the Muir Beach Lookout in the highly wooded area near the cliffs. The California Scrub-Jay breeds in isolated pairs (not flocks like some other Scrub-Jays) and has an omnivorous diet consisting mainly of acorns, nuts, berries, and insects. These animals forage on the ground and in trees, singly or in a family unit during breeding season.5 Narrative: We departed from school at 8:15am and arrived to our first site, the trail near Mount Tamalpais, at 8:53am. There, we saw 13 bird taxa over a span of an hour and 2 minutes across a distance of 1.4 miles. We then walked along the wooded trail  for a distance of only 0.13 miles and spotted 9 taxa over 37 minutes beginning at 10:03am. Finally, we spent 53 minutes at the Muir Beach Lookout beginning at 10:47am, where we saw 12 taxa and walked just over 2.1 miles. In Marin County, the weather was sunny with a high of 63° and a low of 39°.6 We returned to campus just after 12:20pm.

Additional Photos & Media: Below is an additional image of our group on the trail near Mount Tamalpais and two landscape photos of the Muir Beach Lookout. Site description: Golden Gate Park is a large urban park in the Western side of the city of San Francisco. The park is man-made and spans three miles east to west and about a half mile north to south.¹ Golden Gate Park contains lakes, greenery, and a diverse collection of plants and animals. A topographic map of the park is shown below. The park’s grasslands, scrublands, and forests support a wide variety of animals including mammals, amphibians, fish, and birds.² Some key bird species of Golden Gate park include the winter wren, chestnut-backed chickadee, golden-crowned kinglet, hooded Oriole, Hutton’s vireo, and wrentit. Peregrine falcons are found in many of San Francisco’s bird-friendly habitats such as Golden Gate Park, the cities’ coastal cliffs, and Muir Woods.3

Species Account: Anna’s Hummingbird – Calypte Anna (Species name), Caprimulgiformes (Order) > Trochilidae (Family). Found in the Nearctic region (largely along the West coast), Anna’s hummingbird is small among birds but relatively large-headed with a medium body size for hummingbirds. It is identifiable by the shocking magenta head in males, although the rest of the body has a grey and green overall coloration. Anna’s hummingbirds may be found in open areas including woodlands, desert shrub, and chaparral. They have a distinct scratchy, metallic song and are the only hummingbird that regularly winters in Northern California, Oregon, and Washington.4 The Anna’s hummingbirds we spotted in Golden Gate Park were found in sparsely wooded areas, in the lower branches of trees, and at the edges of shrubbery and long branches. They are quick, a so called “blur of motion” as they hover over flowers looking for nectar and insects.5 Anna’s hummingbirds have high-flying courtship spectacles where they will dive over 130 feet, emitting a burst of noise with their tail feathers at the end.6 This action, paired with the male’s flashy magenta head, is advantageous for finding a mate. Anna’s hummingbirds eat flying insects and assist in plant pollination while collecting nectar. Below are images of a male adult Anna’s hummingbird and the a distribution map of this species along the Western United States and Canada. Narrative: The class departed from USF around 9:50am on Thursday, January 30th and began logging birds at 10:20am. The weather was partly cloudy (sunny when arriving and cloudy when departing) with a high of 63°. The coloration and details of some bird species were difficult to see upon arriving because of the harsh sunlight. Because numerous birds of many species could be found within a half-mile of the entrance to the park, the class did not venture deeply into regions beyond the Northeast corner. One bird species, the Red-naped Sapsucker, was identified by a fellow birder on a conifer tree. The group left Golden Gate Park to return to campus at 12:09pm.

Additional photos or Media: Shown below is the entrance that was taken to Golden Gate Park from the crossroads Fulton and Stanyan.