This is a motivation speech from a movie called Independence Day. The story is about an alien invasion, where the aliens trying to whip out humankind’s existence. In this scene, the president is delivering a speech to encourage young people to fight for their rights to live.

In this video, Dave present an argument from apple stating that their apologies are meaningless. Dave introduces the argument by telling everyone what the general story is and move on to the main argument. The main argument would Apple aren’t addressing their problem but keep telling people they are working on it to resolve the issue with their keyboard.

My understanding of liberal arts would be exploring ideas and methods across the humanities and the arts, also the natural and social sciences Student will learn to read critically, write cogently and think broadly. These skills will elevate student’s conversations in the classroom and strengthen their social and cultural analysis; they will also cultivate the tools necessary to allow you to navigate the world’s most complex issues. A liberal arts education challenges students to consider not only how to solve problems but also trains them to ask which problems to solve and why.

It was January 17, 2005, and three cadets were training to become police detectives. The sergeant
decides to test they were skill at recognizing a suspect. He showed the first cadet a picture for five             (he shows)
seconds and then hides it. Then he says, “That was your suspect, how would you recognize
him?”
“That’s easy, answered the cadet. “We would found him fast because he only has one eye.
The sergeant thinks a minute and then answered, “Well that’s because the picture I showed you
is a profile. It shows only a side view.” He can’t believed the cadet had given him such a            (believe)
ridiculous answer, but he goes on to the second cadet. Flashing the picture for five seconds to
him. Again, he asks, “That was your suspect, how would you recognize him?”
The second cadet smiled and says, “It would be easy to caught, because he has only one ear!”
The police sergeant shakes his head in disbelief. Then angrily responded, “What’s the matter
with you two? Of course, only one eye and one ear are showing, it’s a picture of his profile! Was
that the best answer you can come up with?!”
Extremely frustrated at this point, he shows the picture to the 3rd cadet and in a very testy voice
asked, “This is your suspect. How would you recognize him?” He quickly adds, “Think hard
before giving me a stupid answer.”
The cadet looks at the picture intently for a moment. Then she said, “The suspect wears contact
lenses.”
The sergeant is speechless. He goes to his office checked the suspects file in his computer and
comes back. He is beaming. “Its true! The suspect does indeed wear contact lenses. Tell us how
you were able to make such an astute observation!
“It was easy,” said the cadet. “He can’t wear glasses because he only has one eye and one ear.”

The famous event in Hong Kong would be hong kong itself officially becomes a special administrative region of China or it also called it The Handover. Beijing installs an interim legislature, ousting an elected colonial chamber. It strikes many of the recently introduced civil liberties and labor laws, rewrites election rules and restricts the definition of who has the right to live in Hong Kong. Many of these were last-minute democratic reforms introduced by Chris Patten before he left. Chris Patten is hong kong last governer. It was Beijing’s choice – becomes chief executive of the new Hong Kong special autonomous region (SAR). 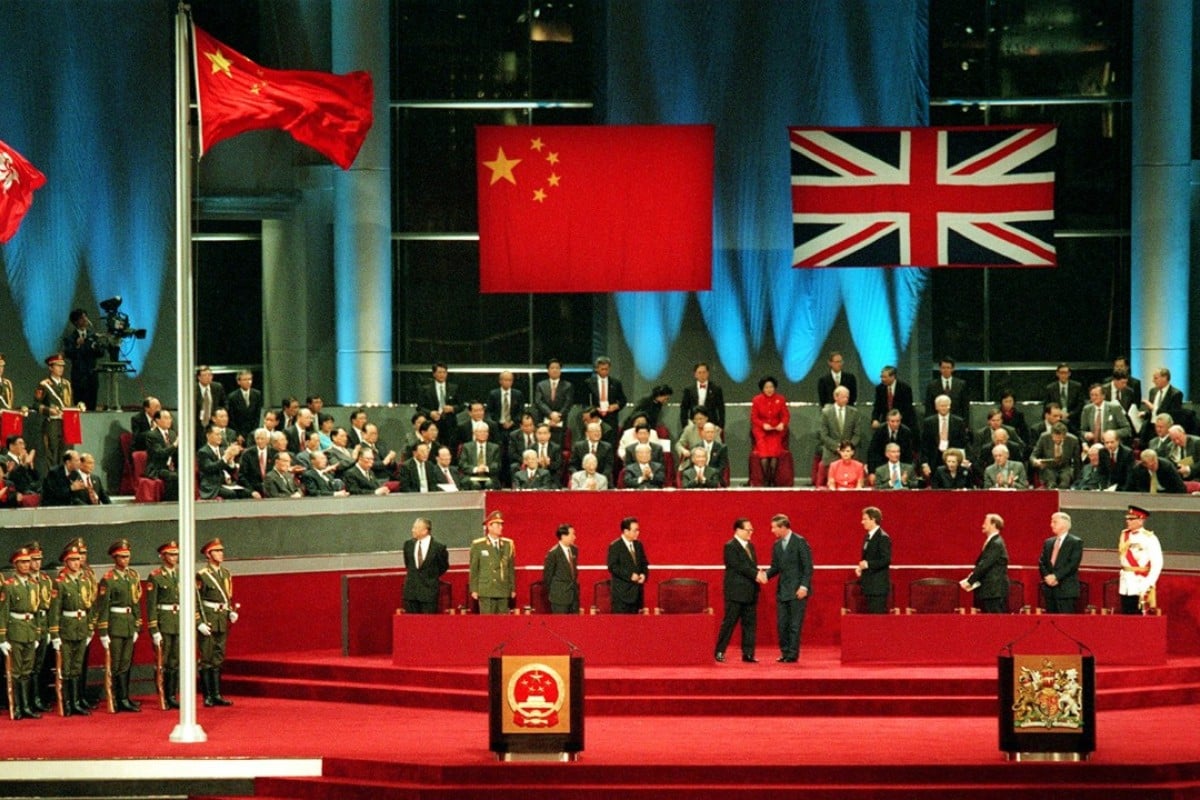 In this advertisement by Bed Bath & Beyond, there is a woman in the middle surrounded by items you may need to buy for the holidays. This is a very sexist advertisement and implies that it is the women’s job to cook, do the housework, and clean. You would never see an advertisement with a man in the middle instead. In the past, it was the men’s job to hunt and provide for the family. Therefore, men had to be dominant, strong, and independent. On the other hand, it was the women’s job to bear children and do the housework. Because of this, women were viewed as helpless, submissive, and dependent on men. Even though women are becoming more equal to men, these stereotypes are still present today as shown by this advertisement.

After I read my classmate’s discussions, we all agree on the fact that when you compost a video, you should always focus on the audience and the quality of it. Making a video is not just putting all the pieces together. You need to make good transitions and build up well connections. Understanding your audience is very important to a video composer’s success.

When we were reading chapter 16 and we found an argument. The author claims that reading on paper is more beneficial comparing online reading. The author stated that online readers are easily distracted while paper readers can easily focus and take notes.  However, I disagree with the author. From my personal experience, I have no trouble doing an online reading for hours long and I won’t get distracted.