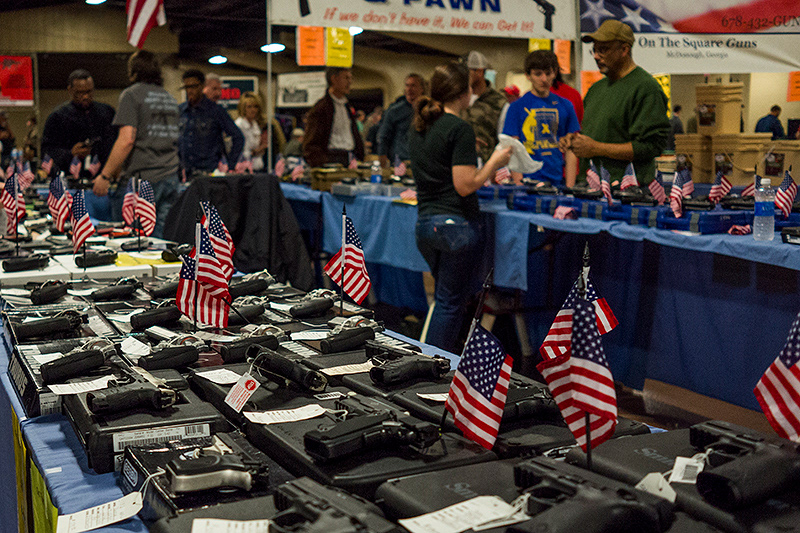 Dr Martin Luther King, Jr.’s last book, published in 1967, asked a question that still haunts our society:  Where Do We Go From Here:  Chaos or Community?

Today the federal government’s judicial branch pushed our nation toward to the brink of chaos, while the legislative branch carried us, every so slightly, toward community.

I fear that the Supreme Court’s decision will have a far deeper impact on the future of our nation.  I praise the bipartisan majority in the Senate for enacting meaningful gun control legislation, however modest and insufficient to address the epidemic of gun violence we face as a nation.

A radical step toward chaos

Nominated by President Gerald Ford, Justice John Paul Stevens served as an associate justice of the United States Supreme Court from 1975 until his retirement in 2010.  In an excerpt of his memoir published in the Atlantic Magazine shortly before his death in 2019 (“The Supreme Court’s Worst Decision of My Tenure“), Justice Stevens wrote:

“District of Columbia v. Heller [2008], which recognized an individual right to possess a firearm under the Constitution, is unquestionably the most clearly incorrect decision that the Supreme Court announced during my tenure on the bench.”

Today, in its 6-3 decision in New York State Rifle & Pistol Association Inc. v. Bruen, written by Justice Thomas, the Supreme Court struck down an 108-year-old New York law that that required New Yorkers who want to carry a handgun in public to show “proper cause” to obtain a concealed-carry license.

As summarized by Jonathan Lowy, Chief Counsel to Brady/United Against Gun Violence,

“In a stroke of the pen, the Supreme Court today has invented a supposed right to carry, virtually anywhere, loaded guns — to potentially shoot and kill other people.  The Court has chosen to obstruct Americans from obtaining the common sense laws they want and need to protect their families and communities, a decision that defies centuries of gun regulation.”

The impact of this decision extends far beyond the boundaries of New York state.  As Marc Joseph Stern observes in today’s Slate magazine:   “Before Thursday, 83 million people—or about 1 in 4 Americans—lived in a state with stringent limits on concealed carry. After Bruen, zero do.”

Going forward, the decision requires judges to make decisions on Second Amendment cases using an incoherent methodology which prioritizes claims about supposed historical practices from 1791, when the Second Amendment was ratified (and 1868, when the Second Amendment was applied to the states) — claims to which historians vehemently disagree, and judges have no competence to resolve, and which have no bearing on the present gun crisis in our country, or the policy imperative of democratic majorities to protect our communities from mass shootings and slaughter in the streets — and prevents consideration of empirical evidence related to the consequences of gun violence to public health, or the comparative lethality of contemporary AR-15s to the muskets of the Founders’ era.

In sum, Bruen is worse than Heller — impoverished in its legal analysis, reckless in its disregard for human life.  Bruen adopts an extremist gun-rights ideology as the highest law of the land.  It is an absolute catastrophe for all people in our country.

A good friend of mine from Canada, a public figure in his country, told me that he is afraid to come to the United States.  That was before Bruen.

Our nation, already overwhelmed by gun violence, is about to witness an massive escalation of guns in the streets — high powered, semi-automatic, modern military-style weapons, nothing like flintlock pistols and poacher’s guns of the 18th and 19th centuries.  With the relentless, inexorable logic of cause and effect, we will witness a comparable increase in tragic, wanton, meaningless killings.

It appears that the Supreme Court delayed the publication of Bruen to avoid the embarrassment of radically expanding gun rights immediately following the Uvalde and Buffalo massacres.  But a few weeks delay does not remove the moral stain of the Bruen opinion, nor does it cushion the horrific impact it will have on all of us.

We will feel this impact here in California, and in similar “blue” states, most gravely, because our state legislatures will no longer have the legal authority to enact gun safety laws representing the democratic will of the people.

Meanwhile, people who engage in nonviolent protests and marches throughout the nation, to fight for justice and democracy, will increasingly face the threat of gun violence from private actors and militias armed with lethal force.

This is a day of woe.   The negative consequences of Bruen will play out in ways that will shake this nation and further drench it in blood.   At some point the people of California and like-minded citizenry will recoil from the dictates of right wing ideologues in Washington D.C.  What will happen then?

A modest step toward community

Amazingly, on the same day the Supreme Court issued its Bruen decision, the Senate voted to enact the most comprehensive gun legislation since the enactment of the Brady Handgun Violence Prevention Act in 1994.  This legislation, once enacted in final form, will enhance background checks for prospective gun buyers ages 18 to 21, support efforts by states to pass “red flag” laws, crack down on gun purchasers by perpetrators of domestic abuse, strengthen trafficking regulations, and provide new funding opportunities for mental health and school safety programs across the country.

This legislation succeeded in garnering support from about a little under 1/3 of the Senate Republicans (15 out of 500) precisely because it was limited in scope and impact.  As described by today’s New York Times, “Toiling to keep Republicans on board, Democrats left out their marquee gun control proposals, including a House-passed measure that would prohibit the sale of semiautomatic rifles to people younger than 21, a ban on the sale of high-capacity magazines and a federal red flag law.”

Still, this is a meaningful step forward.  I commend the 15 Republicans who were willing to go against most of their colleagues. I commend all 50 Democrats for making the sacrifice of their highest aspirations to secure this important legislative achievement.   I especially commend Senator Christopher Murphy of Connecticut for his skill and perseverance as the Democrat’s lead negotiator, and his primary Republican partner, Senator John Cornyn of Texas, who was recently booed and reprimanded by the Texas Republican Party for his moderation in the face of gun rights extremism.

Where do we go from here:  chaos or community?

King’s question is ours now.  We as Americans must face this question ever day, under conditions of great peril.

It is up to us to fight back against the forces of chaos, and replenish the bonds of our broken national community.  Gandhi, King, the SNCC students and the Vietnam draft resisters showed us how to do this:  by dedicating ourselves to the practice practice of organized, disciplined nonviolence in the struggle to achieve justice and democracy in our country.