Singing is by definition to make musical sounds with the voice especially words within a set tune. Although singing may seem simple by exhaling words musically, there is much more to it than just physicality. It requires our mind, body and soul. Within the music world there is not only performing and creating art through singing. There is the one ignored component of singing being seen as a healing form. For singing to become a healing form it asks an individual to truly connect with their mind, body, and soul to connect to their entire spectrum.

“Take a deep breath and let it all out” this saying has been commonly heard from doctors, friends, family and even ourselves. What this saying pertains to differs in many ways but is mostly used when to calm an individual down from any type of stress. How can this saying pertain to singing and its connectedness to healing. The music world proposes an escape and new way of dealing with struggles on the possibility of singing to even become a healing form? Is the simple definition of singing jut enough to touch base with our struggles or does an individual need to come into contact with deeper emotions and thoughts?

If singing can be truly defined as a healing form we look towards others personal experiences, contributions, and even contradictions. In the opening lines of Wendy Moore in Good Vibrations “I came here seeking a brief escape from the stresses and strains of everyday modern life.” (https://www.theguardian.com/theobserver/2001/feb/11/life1.lifemagazine6 )

Wendy Moore in her blog post tackles and illustrates to her readers that singing in her personal experience can be a stress reliever (healing form). How she makes this approach is her first interaction with a natural voice therapy/workshop. A voice workshop defined by Moore herself was a place for individuals to gather and yell, dance, twirl and groan to the beat of music in a room full of strangers. This was a way to let out the author’s anxiety and frustrations in the world and with that she was able to develop comfortability to turn to singing and performing. This is natural voice therapy. The weekly workshops in north London – and another in southwest London – are meant to release hidden emotions and anxieties, and promote relaxation and mental healing through singing.

Of course, singing is already natural to most of us. Whether we do it secretly in the shower or car, or in full public view in church or the football stadium, most of us sing for pleasure. We all know the uplifting boost of singing in harmony with others, while hearing the blues can evoke grief in anyone. But is there more to singing than this transitory change of mood? 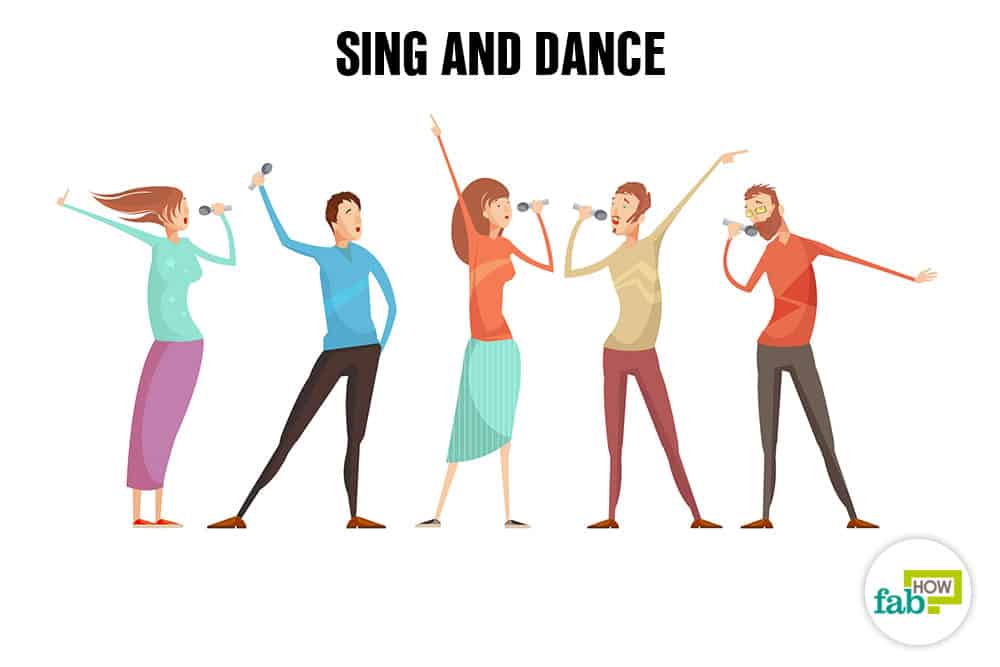 Slade, a professional singer and actress who took up voice therapy 10 years ago, believes the voice is the key to good mental health. And while the idea may sound  one sided, she is fast winning acclaim for her work from mainstream psychiatrists and mental health organisations.

‘The voice is a powerful instrument, physically, mentally and emotionally,’ she says. ‘In singing, you are communicating with a higher intuitive awareness that we all have.’

She is herself testimony to the healing power of song. After spending 10 years singing and acting in the West End, in 1989 she suffered a mental breakdown – or ‘psychotic episode’ – and spent a month on a psychiatric ward. Singing kept her going. ‘The one thing that really mattered was singing,’ she recalls. ‘I sang every day.’ The experience was a watershed. When she recovered, she spent a year training as a ‘natural voice coach’, then started her own groups.

Distraction or Inability to Change 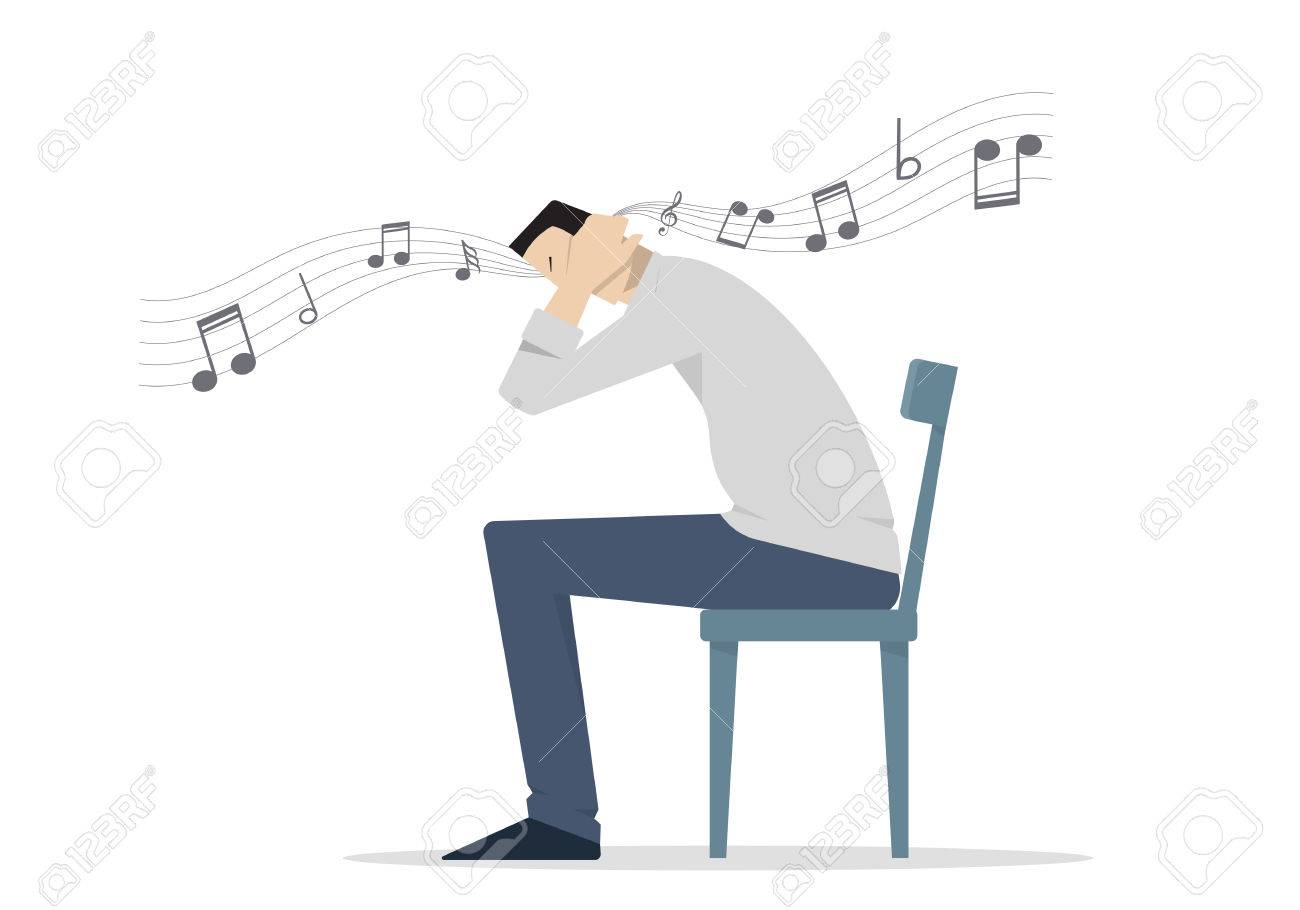 The purpose of this blog is to illustrate the positive aspects of singing and to encourage readers to take on singing as a new approach to de stress. But on the contrary singing or music for the matter isn’t seen as the best course of action through some eyes. Although listening to music can have a tremendously relaxing effect on our minds and bodies, some psychologists have discovered that the most relaxing is through quiet classical music. This type of music can have a beneficial effect on our physiological functions, slowing the pulse and heart rate, lowering blood pressure, and decreasing the levels of stress hormones. Music, in short, can act as a powerful stress management tool in our lives.

But ultimately it is said that music can absorb our attention, “it acts as a distraction at the same time”. This means it cannot be a great aid to meditation, preventing the mind to relax.

Since there are also musical preference it varies widely between individuals, so only the individual can decide what they like and what is suitable for each mood. When people are very stressed, there is a tendency to avoid actively listening to music. Perhaps it feels like a waste of time, not helping to achieve anything. But as we know, productivity increases when stress is reduced, so this is another area where individuals can gain escapes and taking steps towards small effort to begin with.

The link between voice and mind may go even deeper. For the past seven years, Slade has been working with a group of people recovering from serious mental-health problems. Set up initially as a form of music therapy these sessions have now began using vocal exercises as a means of communication with people in the group, explains Slade. But over the years, the emotions expressed evolved into a repertoire of songs

It has had an enormously transforming effect,’ he says. ‘I have seen huge changes in self-esteem, confidence, socialising ability, everything.’

Although music therapy has long been used to work through various problems with children and adults, it normally involves playing instruments. The value of using the voice for healing is a new idea.

Doctors believe that singing is valuable aerobic exercise, encouraging better posture and deeper breathing. It is also thought that singing releases endorphins in the body, which relieve pain and reduce stress. Using singing as a therapy for relaxation, overcoming depression and anxiety, and even treating clinically serious mental-health problems, is a growing movement.