This has been a lively semester for the USF Center for Asia Pacific Studies! Moving our events online, we’ve extended our reach beyond the San Francisco Bay Area and created opportunities for conversations with communities and scholars from afar. Our audiences now include attendees from the San Francisco Bay Area, Hawaii, and even North Dakota. We have been fortunate to be joined by five accomplished scholars, researchers, authors, and poets from right here in the Bay Area, Washington state, and the East Coast: Matt Sheehan, Amy Stanley, E.J. Koh, Ankit Panda, and M. Taylor Fravel. We are also excited to bring you our new Youtube Channel, where we are sharing the recordings of many of these lectures for your enjoyment at your leisure.

AI Entanglement: How the US and China Compete and Collaborate in Artificial Intelligence  —  September 15th, 2020

Matt Sheehan’s research documents the many transpacific partnerships and grassroots ties linking international tech ecosystems even in a time of escalating competition. He illustrated this linkage with Li Zhifei and his startup, Mobvoi. Li was educated in the US and worked at Google for years before returning to China. In this moment of aggressive decoupling and geopolitical tech rivalry, the flows of students, workers, and investment show the scale of grassroots connections contradicting this trend. To illustrate this, Sheehan shared MacroPolo’s new data visualization “The Global AI Talent Tracker,” a Sanckey diagram showing the educational and professional paths of the world’s top AI researchers tracing where they choose to be educated and work (from NeurIPS 2019). He then explored the geopolitical implications of this educational and professional movement of people and ideas with a case study of Microsoft Research Asia, the Chinese branch of the US digital giant otherwise known as the “Whampoa Academy of the Chinese Internet.” He followed four researchers who gained fame for the development of ResNet, and reflected upon their contributions to AI knowledge globally. In closing Sheehan noted that only about 10% of these AI researchers who choose to work in the US have migrated back to China, raising open and important questions about who most benefits from these partnerships, and whether the potential gains of AI collaboration outweigh the potential losses.

Book Talk: Stranger in the Shogun’s City, a Japanese Woman and Her World —  September 29th, 2020

In this personal talk that illuminated the complexity of understanding historical disasters, Amy Stanley shared excerpts from her award-winning book on the life of an unconventional Japanese woman named Tsuneno. Startlingly modern and independent, Tsuneno ran away to Edo after being married and divorced three times. Relying on Tsuneno’s letters to her family and friends, Stanley brought to life this woman who at times sounded more like a character in a TV drama than a historical document. In the context of the COVID-19 pandemic, Stanley made a point to examine the impact of the Tenpō famine on Tsuneno’s life. Noting that the impacts of disaster are not equally shared, Stanely reflected on the similarities between herself and Tsuneno as women relatively insulated from the social and individual ramifications of disaster. Though disasters may typically be represented in terms of the death count, Stanley uses documents from Tsuneno’s life to make sense of this historical disaster on a level more intimate than statistics could illustrate. A letter from Tsuneno’s third husband suggests that in times of famine, ordinary people like him felt a relatable sense of indictment toward people in power who fumbled disaster management. With Tsuneno’s divorce occurring at the peak of the famine, Stanley examined how intimate choices like marriage and divorce are often influenced by contextual forces both societal and geopolitical. She closed the talk with a drawing from her son, noting that this, along with Tsueneno’s letters, also exists as an “artifact of disaster.”

After living in America for over a decade, Eun Ji Koh’s parents return to South Korea for work, leaving fifteen-year-old Eun Ji and her brother behind in California. Overnight, Eun Ji finds herself abandoned and adrift in a world made strange by her mother’s absence. Her mother writes letters in Korean over the years seeking forgiveness and love―letters she cannot fully understand until she finds them years later hidden in a box. This box of letters gave E.J. a chance to do what she knew the best poets do–translate. As she translated the letters, she looked to history―her grandmother Jun’s years as a lovesick wife in Daejeon, the horrors her grandmother Kumiko witnessed during the Jeju Island Massacre―and to poetry. In this talk, E. J. shared musings on this multilayered translation process, from the meaning of culturally specific Korean emotions han and jeong and excerpts from her poetry and new book. With her book and with this talk, she asks: “Where do the stories of our mothers and grandmothers end and ours begin? How do we find words―in Korean, Japanese, English, or any language―to articulate the profound ways that distance can shape love?” Koh fearlessly grapples with forgiveness, reconciliation, legacy, and intergenerational trauma, arriving at insights that are essential reading for anyone who has ever had to balance love, longing, heartbreak, and joy.

North Korea’s leadership depict nuclear power as a “treasured sword” in international and domestic propaganda. But now that they have this sword, how will they use it? Arguing that we are far past the point in which “nonproliferation” is a valuable concept, Ankit Panda analyzed photos of nuclear warheads from North Korean military parades to pinpoint the status of North Korean nuclear capacities, showed how US political cartoons have real political implications, and considered how the reach of North Korean nuclear weapons impacts geopolitics today. Attendees learned about topics ranging from North Korea’s nuclear strategy, arms control, missile defense, nonproliferation, emerging technologies, and U.S. extended deterrence. For Panda, the North Korean leadership’s interests in nuclear weapons are four-fold: (1) Sustaining the Kim family’s control of North Korea, (2) Maintaining North Korea’s independence and isolation in the international status quo with a nuclear arsenal that is both perfectly usable and recognized as having international credibility, (3) Improving North Korea’s standing in the world, and (4) Improving economic development within North Korea. Finally, Panda focused on the stakes of North Korea possessing nuclear weapons, noting the challenges a nuclear-armed North Korea presents to Northeast Asian, American, and global security in a complex geopolitical moment in which nine states have nuclear weapons, and nuclear deterrence is seen as the ultimate guarantor of survival.

In the center’s first-ever virtual film screening, we were delighted to have over 260 guests join us to view the award-winning film, Leftover Women. Facing a gender imbalance brought on by its former one-child policy, China now has 30 million more men than women. “Leftover Women” is how the Chinese describe educated, cosmopolitan women who are not married and settled by the time they reach their mid-twenties. Through marriage markets, matchmakers, and government-sponsored dating events, the film follows three professionally successful women who, under immense pressure from their families and the government, are determined to find love on their own terms. The film leaves viewers to ponder the ways in which Chinese feminism and female autonomy meet strict family expectations. 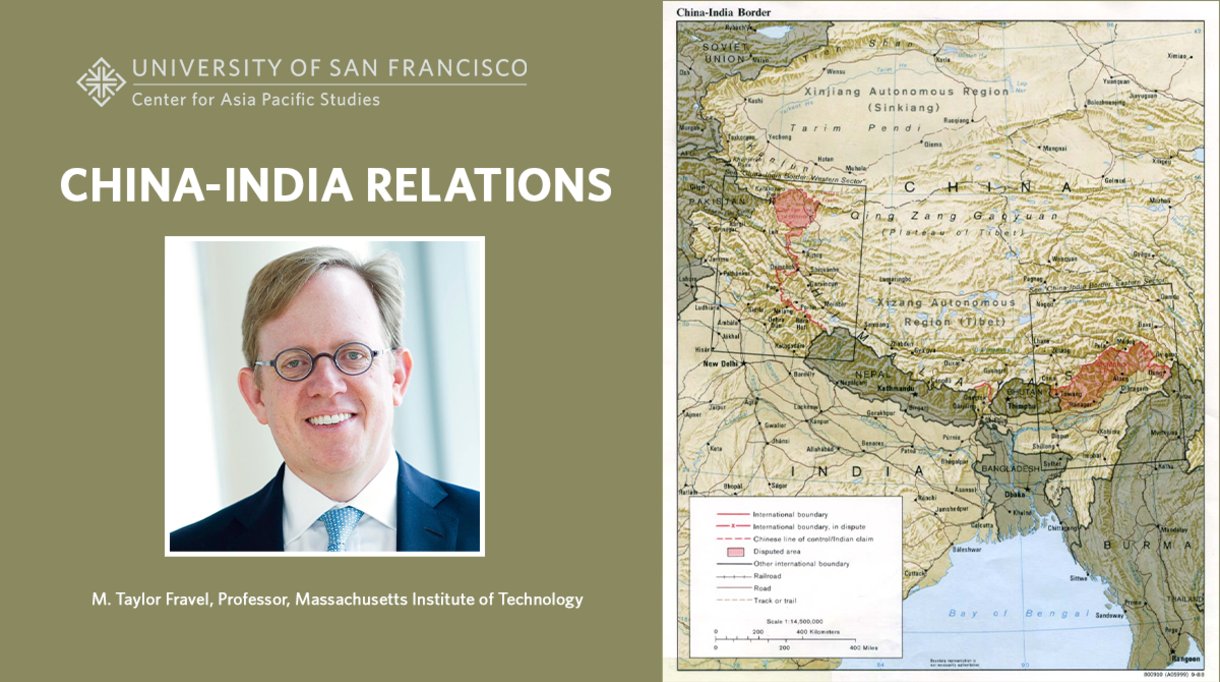 The China-India Border Dispute: Past, Present, and Future — November 17th, 2020

In our final event of the semester, the center welcomed M. Taylor Fravel for a lecture on China-Indian relations. In June, Chinese and Indian soldiers clashed in the disputed Galwan Valley, resulting in at least twenty deaths. Now, approximately 100,000 soldiers from both sides have been deployed to multiple areas along the border. In this talk, Fravel examined the past, present, and future of the territorial dispute between China and India, setting the context for the current clash, examining its origins, and speculating about how it might evolve.

We hope that you enjoyed this semester’s events, and that you continue to follow the work of these fantastic speakers! If you are interested in staying up to date with the center and attending any of our spring events, please sign up for our email list. And, if you’d rather watch our recorded lectures after the fact, please subscribe to our Youtube channel!